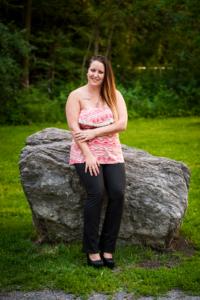 I am born and raised in Montreal, Qc to my mother Carol and my father Morty. I grew up and was raised in the city of Dollard-des-Ormeaux with my older siblings Robyn & Corey. I am also a proud aunt to 3 amazing boys, Sean, Mackenzie and Quentin. It was my first purchase of DSLR Canon Rebel  in 2005 when I fully discovered my love for photography. From then on out, I looked at the world as if my eyes were the lens and could not resist the desire to take pictures of everything and anything! Most people didn’t recognize me without the camera in front of my face! Since, I have upgraded several times and switched over to Nikon.

I currently resides in Montreal. While children may be in my future – right now I am mom to two four-legged canines (boxers) that are named Harley (10 years old) & Chopper (8 years old). One could say they were also my inspiration!

Since starting my professional career of photography (back in November 2010), i have guest appeared on 3 episodes of Montreal based reality show La Famille Groulx which clips can viewed here.

I originally went to univeristy at McGill and got my certificate in marketing back in 2006, but then in 2012-2013 I decided to go back to school and got my photography diploma from Concordia. Since then, from time to time I attend workshops all over the globe to keep current and learn new ways to improve my work. I attended many workshops;

Learning and expanding my knowledge is one of my favorite things to do!

I look forward to meeting you and your family, to capture those special milestones